Our short story competition series began in January 2010 and has been run every quarter since then. These competitions have continued to  delight and challenge, yielding many stories that have been described as good, innovative, and excellent. All of the winning stories have also been published in our competitions magazine, Sentinel Champions.
The level of entries have increased with every competition since they were introduced, but we are yet to attain the 150-story target we have set for this competition. We reduced the entry fees for the short stories from £5 to £4, and those who enter 3 stories only pay £10 and 4-story entrants pay just £12.00. We have kept the cash prizes at £150 (first), £75 (second), £50 (third) and 3 x £10 for high commendation. All winning and commended stories also receive first publication in Sentinel Champions magazine, and the authors receive free contributor copies.
We would like to make the April competition a great success and hopefully, with your support, we will smash the 150-story target. This quarter's judge is Kate Horsley, a prize-winning short story writer herself and creative writing lecturer at Lancaster University. Don't forget, every entrant to this short story competition will be entered into a prize draw to win a year's subscription to Sentinel Champions magazine.
To enter online now, visit: http://sentinelquarterly.com/competitions/short-stories-0412/
If you would like to enter by post, send your short stories to:
Sentinel Poetry Movement
Unit 136
113-115 George Lane
South Woodford
London
E18 1AB
Print off ENTRY FORM here.
Miles Cain judges the Sentinel Literary Quarterly Poetry Competition (April 2012)
Our qu

arterly poetry competition was introduced in July 2009, and has been running with great success since
then. Our last competition poetry competition held in January 2012 judged by Derek Adams attracted 252
poems. Incidentally, the first ever Sentinel Literary Quarterly Poetry Competition was won by Miles Cain. It is
a great honour that he is now judging one of these competitions himself. Miles is a very exciting poet with a
fresh voice. He does know his poetry and has won some great awards for his writing and his new poetry
collection The Border from Valley Press is doing very very well. He also teaches Creating Writing at Leeds
Trinity University College.
Entry fees are still £3 per poem, £11 for 4, £12 for 5, £16 for 7 and £22 for 10. The prizes remain the same at £150 (first), £75 (second), £50 (third) and 3 x £10 for high commendation. All winning and commended stories also receive first publication in Sentinel Champions magazine and the authors receive free contributor copies.
Remember, every entrant to this poetry competition will be entered into a prize draw to win a year's subscription to Sentinel Champions magazine.
To enter online now, visit: http://sentinelquarterly.com/competitions/poetry-0412/
If you would like to enter by post, send your poems to:
Sentinel Poetry Movement
Unit 136
113-115 George Lane
South Woodford
London
E18 1AB
Print off ENTRY FORM here. 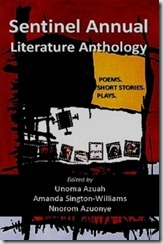 We have just drawn the lot on the Sentinel Annual Literature Anthology (SALA) and have three winners:

Congratulations to the winners. The books will be sent out within 48 hours.

Learn more about SALA at

Posted by Sentinel Poetry Movement at 17:10 No comments:

'One Moment In Time' is the theme of the fifth Annual Short Story
Competition hosted by WritersReign.co.uk.
Just weave your story around a moment, an incident, a revelation, in your
character's life that dramatically changes things. Whether for good or ill,
it doesn't matter, but remember, as with all our competitions, your story
should leave the reader with that feel-good factor in the end.
The closing date is 30th June 2012, and prizes on offer are: 1st - £100.00;
2nd - £50.00; 3rd - £25.00 plus 3 Highly Commended prizes of £10.00 each.
All winning entries will also be published on the WritersReign web site.
Entry fee: £3.50 for 1 story, £6.00 for two. Payment by PayPal link on site
or by UK sterling cheque or P.O.
Stories should be between 1,000 and 1,500 words. No gratuitous sex or
violence, please.
Entry forms can be downloaded from the web site or received via email.
Email: compentry@writersreign.co.uk
Alternatively send an SAE to WritersReign Competition, 1 Delta Road,
Brentwood Essex CM13 1NG.
Web site: www.writersreign.co.uk/WritersReign-Competition-2012.html

Posted by Sentinel Poetry Movement at 13:05 No comments: 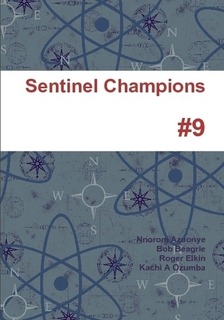 JULIA BOHANNA - Children of the Rubble

JOHN PALGREN - Once Upon a Time

BARBARA MAINES BERG - And I Smiled for My Daddy

JEN CAMPBELL - The Chicken, The Egg and My Sister

PAUL GROVES - From on High

On the SLQ Poetry Competition by Bob Beagrie

On the SLQ Short Story Competition by Kachi A. Ozumba

On the Sentinel Annual Poetry Competition by Roger Elkin

Contributors to this magazine get 1 contributor's copy each but may wish to purchase additional copies @ £3.95 (UK), or £4.95 (Overseas) Inc P&P

Posted by Sentinel Poetry Movement at 12:24 No comments:

Sentinel, your partner in the development of literature and visual arts

Sentinel Poetry Movement aims to build successful partnerships with poets, artists and writers from across the world to create and develop literature and visual arts through publications, fairs and exhibitions, festivals, and film.

- The International community of writers and artists…since December 2002.

Posted by Sentinel Poetry Movement at 02:04 No comments: