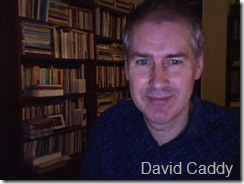 My critical criteria for evaluating the short stories submitted to the Competition consisted of assessing whether there was a grasp of the form and an attempt to say something. I was looking for structure, a clear developmental arc with its attendant desire to test a character and move the reader through literary effects. I was looking for a narrative voice that filtered relevant information and used detail to carry the narrative texture forward and made the reader see and feel beyond. I hoped for an implied story rather than a blob of writing without purpose.

Whilst the overall standard of writing was good, many pieces submitted had no story and were seriously under-developed. This is consistent with the current national state of short story writing. There are many people who do not have a clue what they are doing. There was a lot of structureless prose that could have been made more reader-friendly with some basic story telling craft. A lot of the writing was interesting without challenging the reader. The stories that were aware of the form shone through and held my attention. Other stories seemed random and ill-considered by comparison. A number of stories were unrealized in terms of length as well as structure. They sought to tell and had no story, no action, simply disorganized writing.

The best stories showed the reader and held attention through their narrative force and the gradual filtering of information leading to some form of resolution that forced the reader back to the beginning. The best stories drew the reader into the world and engaged with the reader. They made their world matter and have significance.

I selected Small Town Fever for the First Prize. This first person narrative is completely immersed in the experience of Marcie, who is on the run from her dangerous boyfriend, Jason. The unpredictable narrative moves back and forward and withholds information so that the reader wants to discover more. It is a volatile page-turner. The use of detail is strong throughout and reinforces the edgy, implied and unknown danger. The reader is taken on a journey and the underlying threat is beautifully sustained and understated. It is all implied rather than told and has a great ending.

The Second Prize story, The Difference, is a third person narrative concerning a 61 year-old Lecturer who becomes infatuated with a twenty three year old student. She is full of inner turmoil and becomes disorientated. She talks to herself and when hearing Berlioz, recalls the memory of her first affair with her Professor. She is a serial adulterer that has chosen a lifestyle without a family. Her past life and age catch up with her as it is revealed that the student is not interested in her. However, she is able to put the negatives to good use and writes a poem about being ‘over the hill’ and her unknown desire. A potential crisis is averted and the inner turmoil is put to good use. The story has a classic narrative structure and forces the reader back to the beginning.

The Third Prize went to The Lift, a third person narrative, about a young woman’s attraction for an older man. Angela has difficulty in judging men and the story explores her gut instincts. She is given a lift to Sunday Mass by Eion, who has a hint of danger and an implied past with women. They arrive at the Church, chat and drive back to his farmhouse. Her physical attraction to Eion is implied through the use of detail. The reader is drawn into their physical world of fingers, hands, legs and between the legs. The thrill for Angela of finding an independent and sexually attractive man is sustained through a rapid series of epiphanies that propel the action forward. It is all implied and evoked rather than stated and has a strong ending that allows the reader to see why Angela went in the direction that she did.

The Highly Commended stories included The first time, another adulteress woman story that has a strong developmental arc. Here the woman doubts her behaviour and recalls the loss of her virginity to a married man. She is caught in the repetition of her behavior and desires. The story reveals the physical side of wanting two men and the moral courage, despite worries of betrayal, to make a difficult choice. The story ends with her having both men on the same day. Again all the detail is physical and the reader has a strong sense that this is not a frivolous betrayal but a considered and clear choice. Living in Bleaney’s Room, a first person narrative, reads splendidly when read aloud and would work well on the radio. The narrator’s mutability is thoroughly caught in the voice and its cadences. The story resonates through its rich texture, use of detail and draws the reader into its distinct Welshness. It requires rereading as the texture is rich and sometimes covers the under-developed arc of the story, despite being well under the word limit. Pews For Thought impressed with its narrator’s characterization and the exposition of his contradictions.

Other notable stories are Luck Has Got Nothing To Do With It, a third person narrative, attempts to explore the notion of a luck in a socially dived school world, and Present Clarity, works well with its mostly implied desire of a young woman to become upwardly mobile through transgression. I also admired the innovative approach of Paul in Pictures. Anniversary, A Kind Of Heaven, A Small Cool Evening, The Lighthouse, My Loss and Perfect were all commendable efforts. Congratulations to all the writers.

Posted by Sentinel Poetry Movement at 11:06