October 2011 Results
We are pleased to announce the results of the Sentinel Literary Quarterly Poetry and Short Story Competitions for October 2011 judged by Todd Swift and Adnan Mahmutovic respectively.

The 9 commended poems in no particular order are:

The 3 highly commended poems in no particular order are:

The 3 highly commended stories in no particular order are:

The winning and commended works listed above will be published in Sentinel Champions #10 in May 2012.

Congratulations to all the winners.

Posted by Sentinel Poetry Movement at 15:59 No comments: 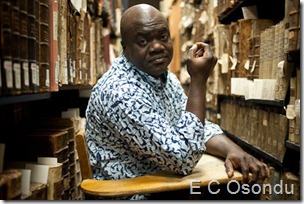 We are exactly 10 days away from the publication of the Identity issue of Sentinel Literary Quarterly guest-edited by Caine Prize for African Writing winner and author of Voice of America, EC Osondu. We shall be publishing this magazine online as usual, but will have a print version available as well for those who prefer good old paper between fingers, and to keep it in their bookshelves. Don't forget to visit www.sentinelquarterly.com on October 31st. If you would like to be notified by e-mail when this publication goes live, please subscribe our free e-Newsletter.

The 2nd Sentinel Literature Festival will be held at the University College London on the 27th, 28th and 30th October 2011 and will feature readings, performances, lectures and talks by writers and musicians including Nengi Ilagha, author of Mantids, Derek Sellen, author of The Arch and its Shadow, Amanda Sington-Williams, author of The Eloquence of Desire, Osita Okagbue, author of Culture and Identity in African and Caribbean Theatre, Andy Willoughby, author of Tough, Miles Cain, author of The Border, Tinashe Mushakavanhu, editor of Sentinel Literary Quarterly, Terence Frisby, author of Kisses on a Postcard, Monica Clarke, author of They call me Hottentot Venus, Peter Olorunisomo (a.k.a Pete Godismo), author of A Snake in the King's Palace, Christie Watson, author of Tiny Sunbirds Far Away, Graham Burchell, author of Vermeer's Corner, N. Quentin Woolf, author of The Writer's Notebook, and "Tequila Secrets" writer Adura Ojo. Learn more and buy your tickets now at www.sentinelpoetry.org.uk/literaturefestival

For previously unpublished poems in English language up to 50 lines long, on any subject, in any style. Poems entered may not be under consideration for publication, or accepted for publication elsewhere.
Prizes: £500 (First), £250 (Second), £125 (Third), 5 x £25 (Highly Commended). Publication in Sentinel Champions magazine #9, February 2012 in print and eBook formats. Judge: Roger Elkin, author of 'No Laughing Matter' and 'Fixing Things'. Results will be announced on 15-DEC-2011 at www.sentinelpoetry.org.ukEntry Fee: £5 per poem

Posted by Sentinel Poetry Movement at 22:41 No comments:

The closing date for the Sentinel Annual Poetry Competition 2011 has been extended to 15th November 2011.

Prizes: £500 (1st), £250 (2nd), £125 (3rd), and £25 x 5 for High Commendation.
All winning and commended poems will receive first publication in Sentinel Champions in February 2012. Published authors each get a free contributor's copy of the magazine.
Entry fee: £5 per poem
We hope that this extension will make it possible for more people to enter.
Click here to enter competition today >>
Posted by Sentinel Poetry Movement at 14:58 No comments: